Investigated the extent to which semantically similar words sound similar.

Lots of noise in the data. Filter pairs that have the same word stem. British/American spelling difference then becomes the largest source of noise. Then removed pairs where both words were not in the common subset of ispell's US/British words lists.

Based on 2 million word pairs. 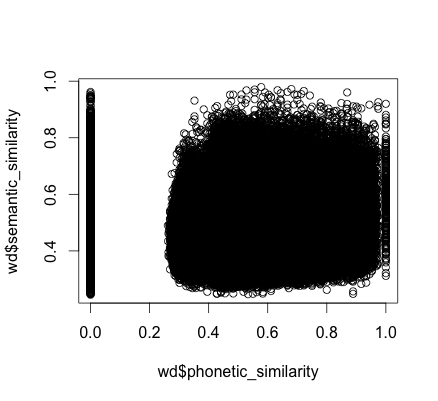 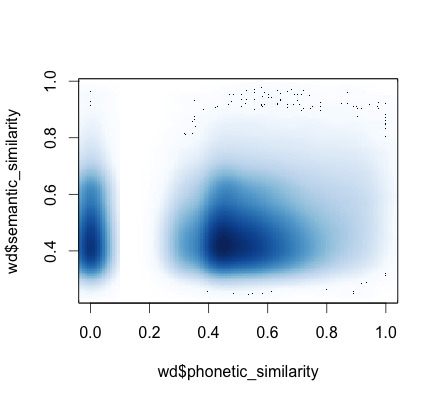 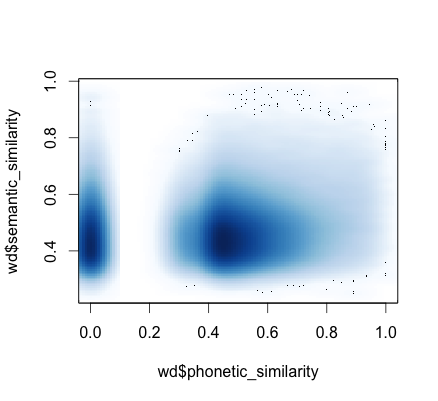 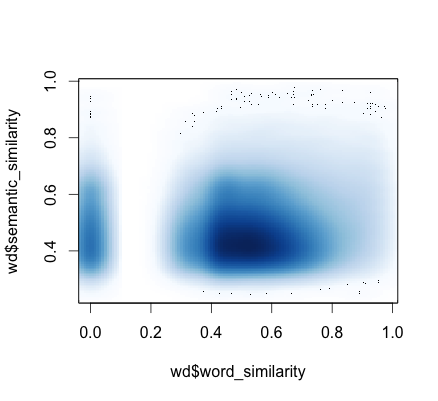 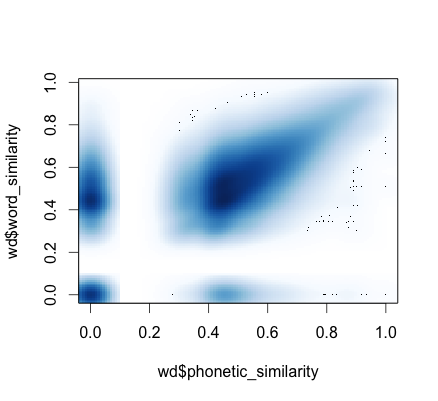